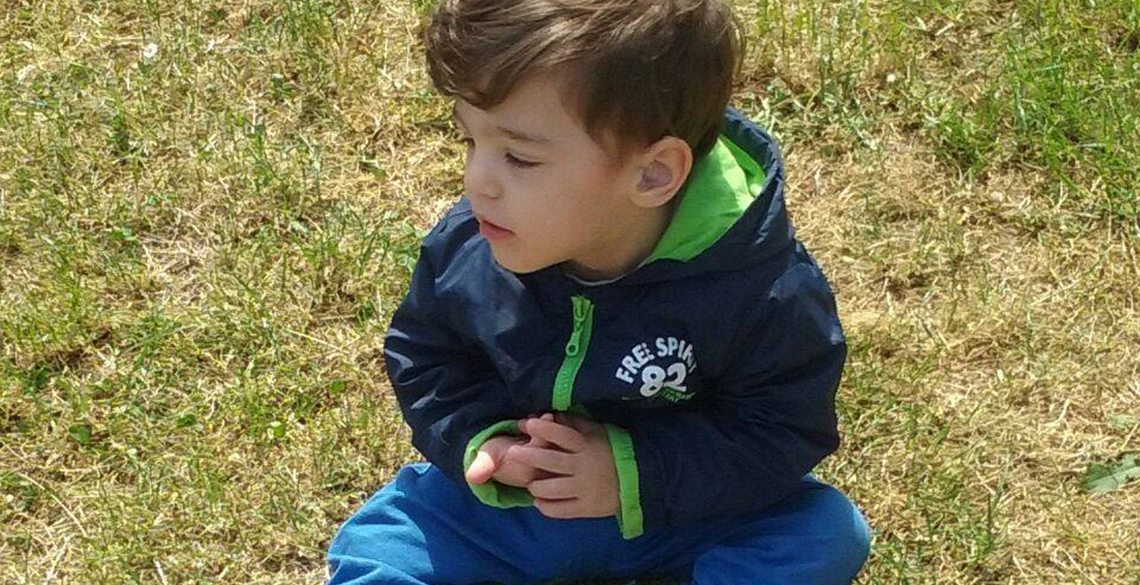 My name is Rita.

I am a mother to three special twins, who were born during the 24th week of my pregnancy, way too early.

Karol, Gioia and Matías were born on 19th March 2014 at the Gemelli Hospital in Rome. At birth, Matías, the first to come out, weighed 840 grams, and the two girls weighed 740 grams and were 33 cm long. They were immediately transferred to policlinico Casilino where they were looked after with love and care by all doctors and nurses. The following day Gioia stopped fighting and became our very own guardian angel. Karol turned out to be a real fighter an after three long months she was discharged and we were able to bring her home.

I can’t tell you our whole story, it would take too long, but I’ll just tell you about Matías’s special fight. When he had just been born he had a cerebral hemorrhage and got urgently transferred to Bambin Gesù hospital in Rome.

The hemorrhage reached level 3 and stopped, but a blood clot blocked the cerebral aqueduct, a small hole which enables fluids to drain properly, so the brain ventricles started swelling. Matías’s head kept growing, leading to hydrocephalus, a really scary word.

After a few days Matías underwent surgery, the ventricles are swelling too much, and an external ventricular drain was implanted so that the fluid could drain, including the old blood from the hemorrhage.

The EVD was removed two weeks later and Matías started growing and gaining weight! Unfortunately the ventricles started swelling again, so the doctors decided to implant an internal ventricular drain (IVD). The surgical operation lasted four hours but it was a success.

In the following days Matías started even taking a bottle, unfortunately an infection was lurking about. The IVD got infected and Matías was intubated and urgently wheeled to the operating table. That was definitely the longest day of my life. Our little fighter survived the operation and got implanted with an EVD to clean the brain from infection.
The days went by, Matías got to the weight of 2 kilos, he was so beautiful, but unfortunately the hydrocephalus didn’t let up. Once the infection was gone, he underwent another surgery to get another IVD implanted. After 5 months we were able to bring him home, I was so scared, like all mothers in my situation – was he normal? Was he going to be able to walk and talk or will he be a vegetable? Why isn’t there anyone who can give us a definitive answer? Why did this happen to us?

Months went by and Matías, thanks to physical therapy, learnt to crawl.

Karol learnt to walk and talk really early, she hit all the developmental milestone early as it happens, and Matías was challenged by his siblings (yes, we had another son, our fourth, Gabriel). Matías faced many other battles, I didn’t get into all that here, I just told you about his brain issues.

Today we are happy and proud of our little fighters and of him in particular. Despite very negative findings during the MRI scan (thinning of white matter and corpus callosum) and very negative opinion we received from some doctors, Matías has amazed us all with his progress.

A year has passed and I want to update you about the progress made by my big little warrior, Matias.

During this past year Matias has experienced what I consider a second birth and the reason for this essentially stems from our having changed several of the doctors and other medical personnel who were caring for him.

Everything had become stressful and I felt that people weren’t LISTENING to me.  I thought that all children with a diagnosis of infant cerebral palsy (PCI) were being treated in the same way but instead this shouldn’t bethe case; in a field in which there is still much to be learned and many unanswered questions, we need to accept that each child has unique potential and that it’s our responsibility as parents to understand and identify it, to instill strong communication with the doctors and medical teams, and to develop it.

You may recall that Matias’ last operation had been due to adhesions from the ventriculo-peritoneal shunt ; if no further complications arise, this procedure will be repeated in 2-3 years’ time to definitively lengthen it.  From a neurological viewpoint, we had been told after the surgery that Matias was profoundly deaf and that recovery was not possible.  I, however, was increasingly skeptical that Matias was deaf.

In fact, we repeated the otoacoustic emission (OAE) test in another hospital and the result was that Matias had normal hearing but that the process of myelinization of the nervous system is often very slow in premature infants.

Today Matias repeats everything that is said to him without the use of any hearing prosthesis.

I also changed his physical therapist.

I sought out physical therapy for him in a special fluid, for special children:  hydrokinetic therapy.

I’ve spent the last year 24 hours a day with my children.  I’ve played and danced with them, acting as a sort of speech therapist and physical therapist in my own way: Matias has never been left without something to do.

His siblings provide him with so much stimulation; his father, grandmother, cousins, great grandfather, aunts and uncles have all become speech therapists in training.

And finally one day Matias began to demonstrate all that he had been absorbing and learning.  I understood that he “understood everything”, and he even began to WALK.

He still has a bit of hypertonia in his legs that don’t give him full security and stability, but we’re working and working on this!

The neuropsychiatrist of our ASL (public health district), who has always believed in Matias, has even removed the acronym PCI (infant cerebral palsy) from Matias’ medical file.

People often ask me if I’m tired….and yes I am, I’m “in pieces”.  I would like to spend just 1 day without worries…

But then I think about how much I adore being a mother.  Matias is a child with a Capital “C”, his siblings adore him, and I love them all more than my own life.  They give me the strength to do everything I need to do.

And I should add one more thing….. we also moved… and we now live in the open countryside !