Menu
Sei in: EUBRAIN > Pathology > The respiratory pause in the small premature baby… how long it is!

The respiratory pause in the small premature baby… how long it is! 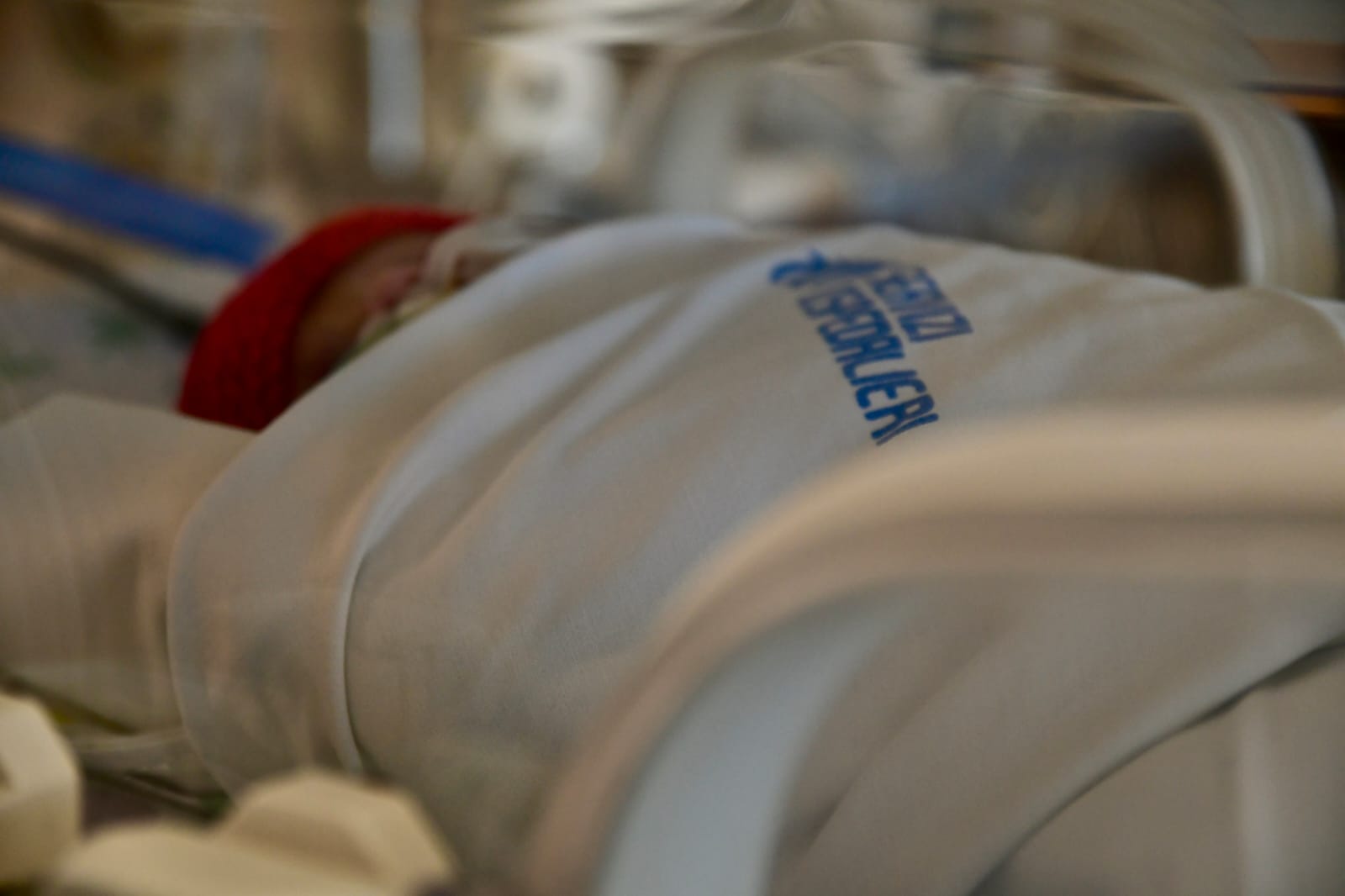 Is it normal that such a small creature experiences long respiratory pause? Are we sure this doesn’t cause discomfort? Will it cause any problems? Will the baby have enough oxygen? Most of the times we can rest assured, but these doubts, at least initially, can cause anxiety in the parents and sometimes even doctors because these pauses, called apneas (exactly like those that swimmers take when going underwater without breathing) are actual medical conditions and are common in the NICU and, and are always worthy of attention. They manifest in different situations: if the newborn has been attached to a mechanical ventilator, doctors must try to help him breath independently as soon as possible, without a nasotracheal tube but instead using a nasal cannula (small tubes inserted in the nostrils) or masks that allow to breath against a positive pressure that helps maintain the lungs expanded (called Nasal C-PAP, or Continuous Positive Air Pressure through the nose). If despite these aides the baby still experiences apneas, namely a respiratory pause between one breath and the other longer than 15-20 seconds, sometimes followed by a decrease in heart rate (also defined bradycardia when it is lower than 100 pulses per minute) then it means that maybe he is not yet ready to breath independently and must be intubated again. Alternatively, which frequently happens, the tiny newborn has had an independent and regular respiratory activity for a couple of days but suddenly starts having apneas episodes and changes in his skin tone, becoming less rose-colored and grayer, which means he is having a cyanosis crisis. In these cases, a generalized infection in the newborn must be excluded first (neonatal sepsis for those who work in the field) or other causes that trigger the apneas. These apneas in premature babies are of mixed nature, otherwise defined as central, tied to the premature breathing centers, and of obstructive-mechanical nature, since all of the respiratory airways from the pharynx to the alveoli can collapse.

In the past, caffeine was largely used as the single most important therapy, today caffeine, the true anti-apneas drug is still widely used that even when the very premature infant is intubated and assisted by mechanical breathing, he receives caffeine in the very first hours of life, preventively and until the 34st week of correct gestational age. Not only does it help control the breathing but also the wellbeing of the lungs. We believe it’s important to remind that both apneas and bradycardia are not correlated with a higher risk of SIDS and we are far from understanding the mysteries of this pathology, which is luckily very rare.

It’s hard for parents to know what to do when apneas manifest, but the alarms, nurses and doctors are right there to assess these events and this post serves the purpose of better understanding what happens every day to premature babies in every NICU.

Today we will discuss a topic that goes beyond the MRI, but that just like the MRI, allows us to “spy” inside the newborn head: the transfontanellar ultrasound.

How does it work?

During the exam a probe sends ultrasounds inside the newborn head, which reflect on the patterns found and are transmitted back from the same probe in the form of returning echoes generating a black and white image on the computer screen.

In the newborns we leverage on the window provided by the fontanelle, joint lines between the flat bones of the newborn skull composed of fibrous tissue not yet ossified (if the bone was already formed, as in adults, we would not be able to see anything because the bone would reflect the ultrasound signal not allowing us to see underneath it). The transfontanellar ultrasound is a non-invasive test without risks that can be carried out directly in the nursery and is particularly useful for premature newborns.

It allows us to detect without using ionizing radiation and more readily than an MRI brain bleeds (the intraventricular hemorrhages  we have previously discussed), damage to the periventricular white matter, hydrocephalus (build-up of fluid in the ventricles) and other rarer conditions.

“Special educational needs” is a term used to describe learning difficulties or disabilities that make learning more difficult than the majority of children of the same age. Therefore, children with “special educational needs” require more support than that generally provided to the other students of the same age. In the Italian language and school reality such aid is expressed with the term “Support Teacher” which reflects learning disabilities but it remains difficult to compare different countries with each their own norms and regulations and resources in the western society. It is still otherwise useful to understand and see the trend of such measure in the anglo-saxon society.

In a meta-analysis of 2002 (Bhutta et al) it was observed that children born prematurely were at a higher risk of lower cognitive test scores. Subsequently, in 2008, a review conducted by Peterson et al pointed out that children born before the 26th week of gestation and/or with a birthweight lower than 750 grams developed cognitive impairments, learning difficulties and behavioral and emotional problems but a considerable number of these children managed to avoid greater consequences.

Therefore, it has long been known that premature newborns have a higher risk of needing special education when they reach school age, however it is unclear what the trend of such risk was during the different gestational ages. A study conducted by MacKay at the University of Glasgow on which we would like to reflect, has examined a population of 407’503 students, 17’784 of which required special educational needs.

In fact, the risk of special educational needs is higher amongst preterm children (<37 weeks) although they represent only 5,1% of the total births, whereas children born between the 37th and 39th week of gestation, despite having a smaller risk, represent the largest percentage of children needing Special Educational Needs (See chart below).

Thus, while there is no doubt that being born premature and particularly at a lower gestational age bears greater risks of developing learning difficulties, the majority of the quota is represented by those born after the 37th week, namely the babies born at term. The cerebral issues that create problems in the long term are gradually less frequent in preterm babies than in the previous years (note the sharp reduction of brain damages such as periventricular leukomalacia) because the management of premature perinatal care has constantly improved, whereas it is harder to explore the incidence and survival rate of patients born with genetic issues, rare diseases or that have developed brain damage at the turn of birth.

The percentage of newborns born at a gestational age between 37 and 39 weeks has grown greatly in the last decade, however, studies on the risk of needing Special Educational Needs among this population are limited, thus this interesting matter requires further consideration and study.