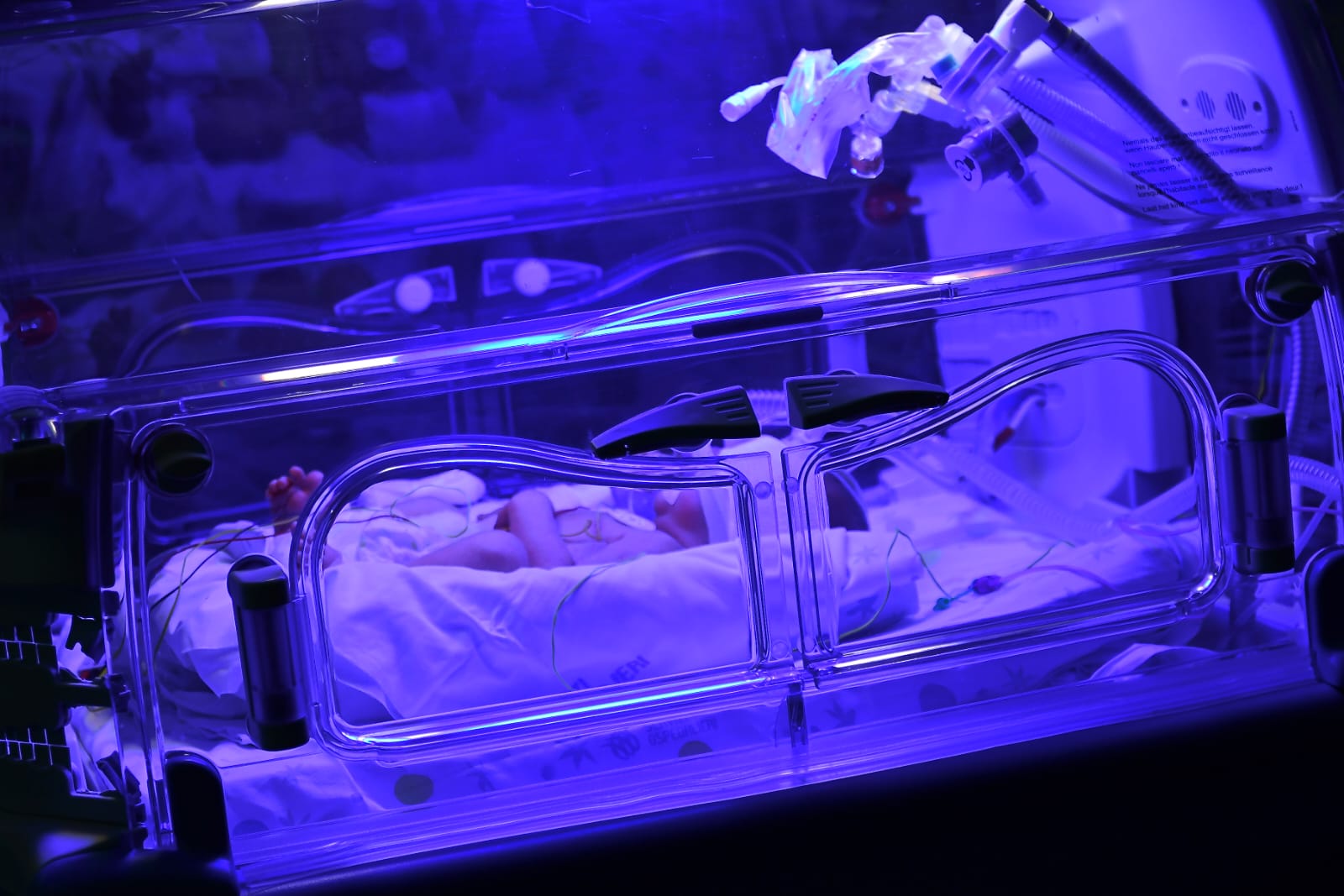 Kernicterus is a neurological syndrome secondary to bilirubin’s deposition at basal nuclei and cranial nerves nuclei, due to neonatal icterus. Let’s start from the beginning: what is the icterus? Icterus is a skin or other tissues’ yellow coloration, caused by bilirubin’s accumulation, derived from hemoglobin contained in red blood cells. The newborn has a bilirubin’s increased production, because many blood red cells are destroyed at birth and the liver, still immature, is not able to dispose of it, combining and pouring it in the digestive tract. High concentrations of bilirubin inside blood could be neurotoxic because this molecule could cross the blood-brain barrier (which normally prevents agents that may be dangerous from reaching the brain), and could accumulate inside the brain, especially at basal nuclei.

How does it manifest?

Manifestations of kernicterus generally appear 2-5 days after birth, first in a subtly way with lack of appetite and poor sucking, apathy, lethargy, hypotonus and loss of neonatal reflexes, associated with icterus. Subsequently there are reduction in tendon reflexex, prominent fontanel, muscle spasms and, in worst cases, convulsions, muscular hypertonia and temperature, condition that has high mortality rate. Consequences most frequently noticed in children with kernicterus at birth are motor and cognitive development anomalies, convulsions, muscle spasms, trembling, deafness and palalysis of the gaze upwards.

How to avoid it?

Exchange trasfusion was the first neonatal icterus therapy, that is practised also today, even if less frequently than before, and it consists of removing small blood quantities from the newborn and replacing them with same amounts of blood red cells (form a giver) and plasma, until the entire amount of blood is replaced two times. Today due to its side effects, this technique is very rarely used on premature newborns and it is reserved only to newborns with icterus to whom intensive phototherapy has not been effective or the ones with a so high bilirubin’s concentration that procedure’s risk is exceeded by encephalopathy’s risk.

Phototherapy has been discovered by chance, in 1956, when a nurse noticed that newborns hospitalized in neonatal pathology near windows suffered by icterus for a shorter time. Today it is used an artificial light, with a calibrated wave-lenght, 420-470 nm, able to modify (isomerize) bilirubin and make it less toxic and more soluble so it can be eliminated. Today it is used more frequently for term newborns and preterm newborns, and thanks to it, kernicterus is now extremly rare. For this reason, we call it “a wonderful violet light”.