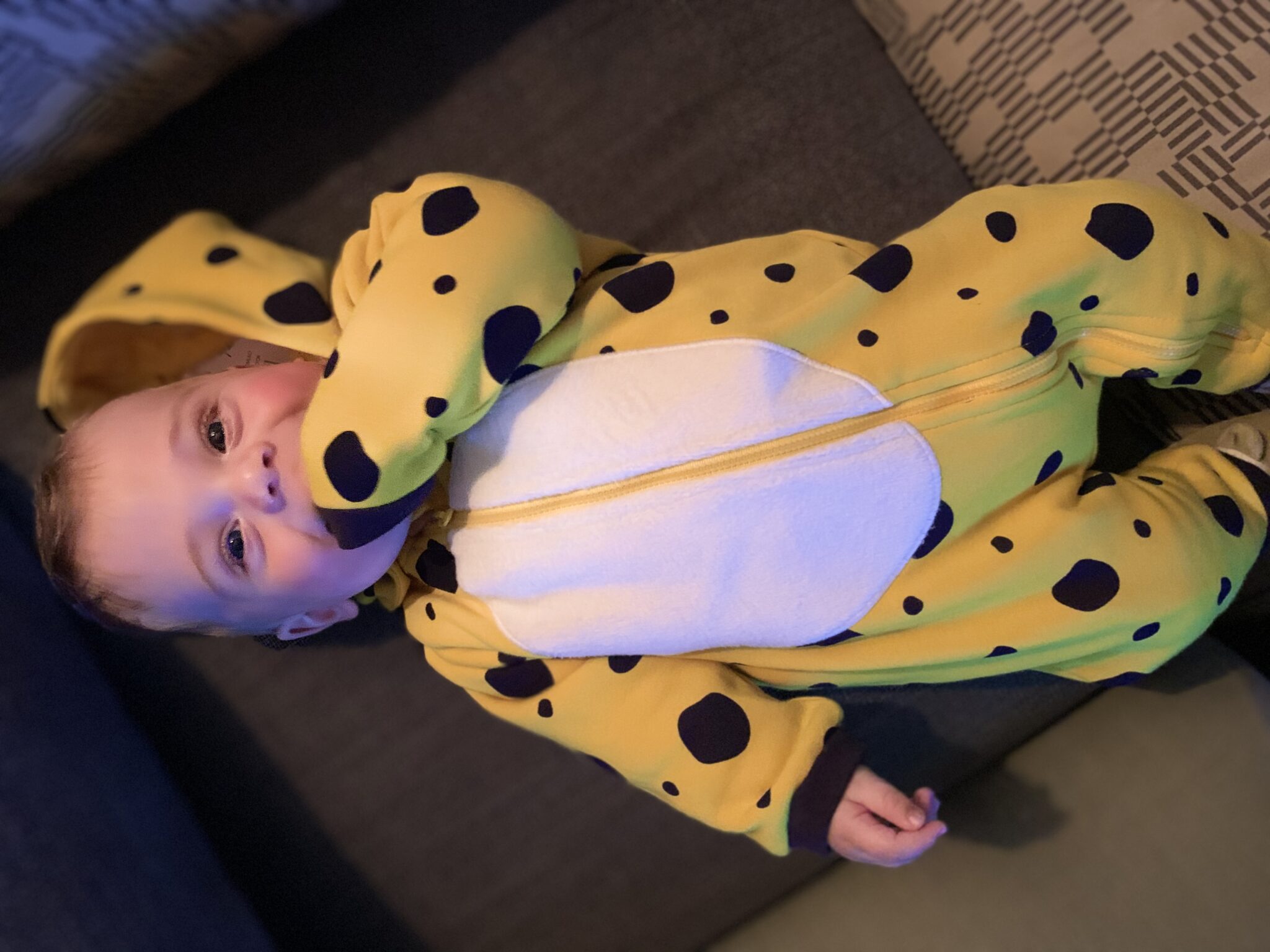 It should have been a normal routine check-up, the last one before delivery, at 34 weeks gestation.
In a normal and very hot mid-summer afternoon, when the ultrasound touched my stomach, the doors of a dark world open before me, a world nobody would have imagined. The train that would have hit us soon after was moving fast: the ventricles of my sons’ brain were completely enlarged in all four parts. A general panic took over and the scenario that was given to us that evening was “simple”: A therapeutic abortion in Greece or France or the very concrete possibility of having a child in a vegetative state.
We couldn’t waste time: the decision had to be made immediately.

The next day we gathered the shattered pieces of our souls and sought the strength to find a different path.
An illusion, hope, something to hold on to. We looked at each other in the eyes and said “NO! We want to bring this child into the world. At any cost. In any way. It is still our son”.  As is often done, erroneously, in desperate moments like this on, you look online for a possible solution. With the few scientific information we had, we saw the page of EuBrain, the non-profit organization born with the aim of spreading culture in field of perinatal neurology. In a matter of minutes, they put us in contact with Dr. Luca Ramenghi.

After a brief consultation Dr. Ramenghi invites us to leave immediately for the Gaslini in Genoa, where they would assess the case. In forty-eight hours we were in the pediatric hospital of Genoa. The MRI confirms the first ultrasound of that sultry afternoon of July. Gabriele had an intraventricular cerebral hemorrhage that caused enlargement of all four ventricles, resulting in hydrocephalus and an infarct the left side of the parenchyma. The strength to face everything is given to us by Dr. Ramenghi, by his kind manners and by all his team. Certainties? Few. No one can know how it will go, every story is its own. But we must try. We must fight.

Gabriele is born and the next day he undergoes surgery where a ventricle-peritoneal shunt is placed to drain the accumulated liquor. All the fears, questions, uncertainties were swept away with the sight of our son’s face.
We continued to stay hospitalized for two months, day after day, between intensive care and critical care, every day more convinced of what we were doing. We knew we had to fight a storm and we did it dancing through it.

From that day to today a year has passed and Gabriele or “Tito”, nickname given to him by Nurse Cristina, an angel of the Intensive Care, is a wonderful child. From that day to the present day we live without the anguish of trying to know his future but we live happy to know that there is a future for him:
We know that we must live by the day, but that doesn’t matter to us. We know we could face more challenges, for example when in April 2021 we went back to Gaslini for a shunt adjustment surgery, but that’s Okay.

Today Gabriele lives a completely normal life, he doesn’t stay still one moment and always has a smile for everyone. We will never stop thanking Dr. Ramenghi and the entire staff of the Neonatal Intensive Care of the Gaslini Hospital. In this year we had the distinct feeling that our son was in the best possible hands.
Thanks to them our son Gabriele was born twice. Our minds and hearts also go to all the families we have met during this frame of life together. We learned so much from each of them. The pain and the desire for normality brought us together.

With this story we do not want to bring false hopes, we just want to tell our personal story. A story of who strongly believed in life, science and people, with the latter making the most difference. In those very difficult days, we have found strength in reading the many stories of the little heroes on the page of Eu-Brain. Our dream was for us to also give our contribution. Here we are. Supporting Eu-Brain is the least we can do.